While construction continued, Goodyear Atomic’s (GAT) operator training program began. GAT sent key engineers and technicians to Oak Ridge and Paducah where they were taught how to run a gaseous diffusion plant. These men formed the basis of the training staff at Portsmouth. Lectures, workshops, models, motion pictures, and actual equipment were used to prepare future Portsmouth staff for going “onstream.”

In September 1954, Peter Kiewit Sons’ turned over the first production unit to Goodyear who placed it into operation and completed the first product withdrawal. Goodyear would gradually take control of all of the plant buildings. On March 20, 1956 it was announced that the plant was in full operation, approximately six months ahead of the four years it was scheduled to take. The final cost of the plant was $750 million, an amazing $470 million less than the original estimated cost of $1.2 billion.

The plant’s production operation was an outstanding example of automation. Control was achieved through delicate instruments connected to operating equipment by means of tubing. More than 1,000 miles of tubing threaded throughout the plant and eventually ended in the X-300 Plant Control Facility. This allowed immediate detection on any malfunction such as a burned out motor, clogged barrier, broken compressor blade, increase in pressure, etc. Auxiliary services were crucial to the plant’s operations.

Many times the plant was compared to a town because it had its own fire department, police force, hospital, sewage disposal, water sanitation, repair shops (including a fully functional garage), heating systems, and cafeteria. 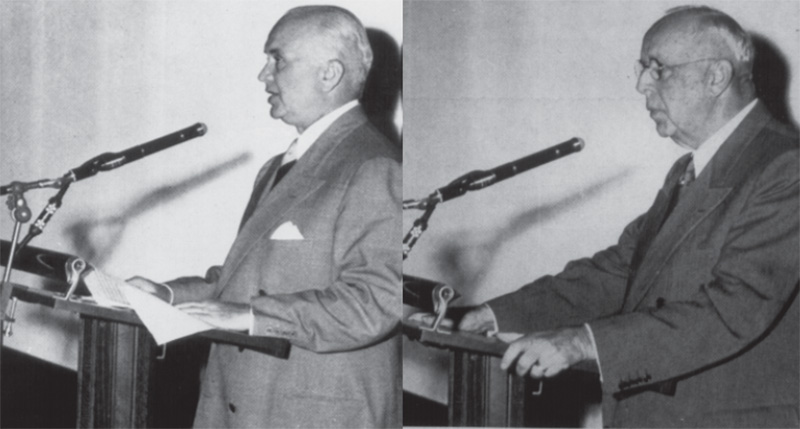 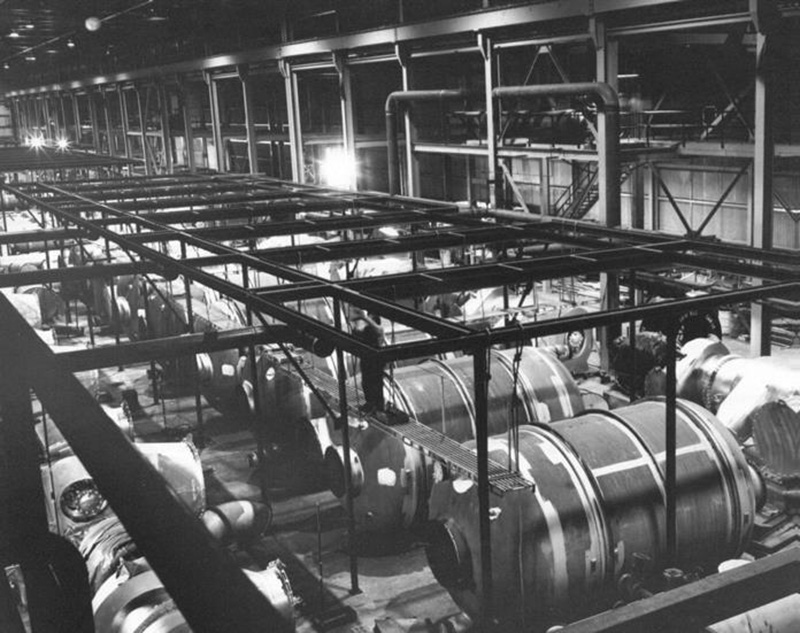 As units were finished they were placed "on-stream” by Goodyear Atomic.