The X-100 Administration Building was the main hub for the management of the Portsmouth Gaseous Diffusion Plant. This two-story building was built with wings in four directions surrounding a secure three-level (Including a basement level) records vault where classified documents and photographs were stored. Originally constructed to be a temporary building with a life of only ten years, the X-100 was used from 1954 until 2011.

Many departments were housed in the X-100 building including but not limited to the General Manager and staff, Human Resources, Purchasing (Procurement), Engineering, Records Management, Public Affairs, Training, as well as a print shop and photographic dark rooms.  Employees in this building mainly worked at desks in cubicles and offices. The X-100 also contained conference rooms including one with videoconference capabilities to communicate with other sites and locations. A branch of the Atomic Credit Union was located on the first floor of the building for the convenience of employees.

The General Manager and his staff were on the second floor of the east wing. Plant workers referred to this section of the building as “Mahogany Row” due to its wooden executive-style office furniture and decor. The Leadership Conference Room was located in this section as well. This room contained a 20’ long conference table surrounded by overstuffed office chairs. Many important decisions affecting plant production, employment and the near-term future were made in the Leadership Conference Room. 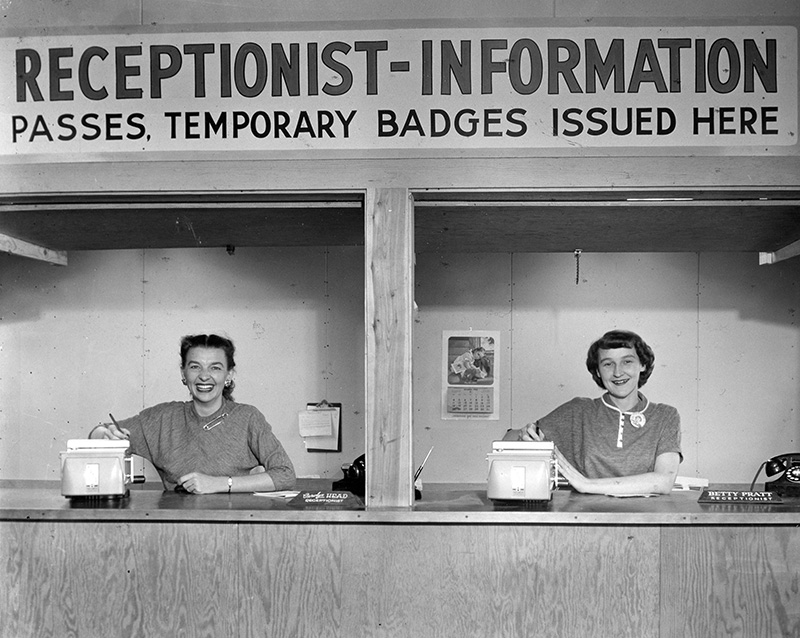