Construction of the X-342A began in 1952 and was completed on August 4, 1954. The original purposes of the facility were to feed and sample UF6 and to generate and purify fluorine.

Once it was received and weighed at the facility, vaporization of the feed material was accomplished by heating 10-ton UF6 cylinders with steam-heated vaporizers.

Fluorine was generated in this facility by the electrolysis of anhydrous hydrogen fluoride (HF). The HF was supplied to the building from storage facilities via piping or in steel cylinders. Once generated, the fluorine was piped to the various plant facilities or stored in cylinders for miscellaneous uses. A portion of the by-product or carry-over was salvaged and recycled, and the balance vented to the atmosphere or disposed of by neutralization and discharged to the storm-sewer system. Upon completion of the X-343 in 1982, the X-342A was renovated by installing two autoclaves, one cold trap system, one 18,000-kg scale, and piping to connect to autoclaves in the X-344A building and feed headers. The X-342A last served as a backup to X-343 and X-344A for the feed, vaporization, and sampling of UF6. 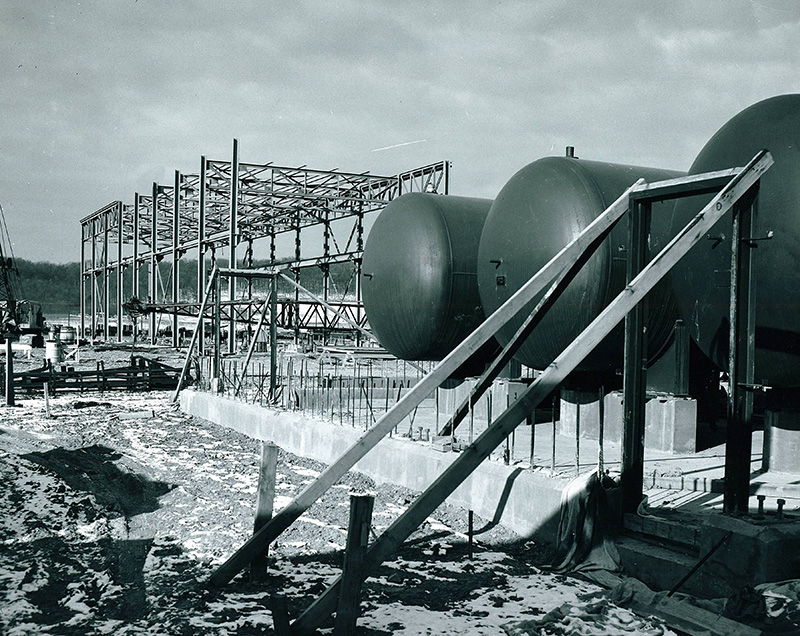