Historic Archaeology of the Portsmouth Site 1500-1952

By the late 1500s, European goods began to appear in Ohio’s prehistoric Fort Ancient villages, despite the fact that direct European contact with Ohio Native American groups had not yet occurred. However, this was the first evidence of much change to come as disease and territorial/trade wars would soon ravage and displace populations. Between circa 1650 and the 1790s, central Ohio was inhabited by a wide range of previously displaced Native American groups; the most common were the Shawnee.

Euroamerican use of the area was restricted to a small number of traders/hunters and early settlers. McCormick (1958:1) discusses the location of a French Trading Post near present-day Piketon around 1775. The first documented trip into what is today Pike County was made by the Reverend David Jones in 1773 (Kalfs 1976:13). Jones, who had traveled from Fort Pitt (present-day Pittsburgh) via the Ohio and Scioto Rivers, traversed through present-day Waverly on his way to Chillicothe on what turned out to be an unsuccessful mission trip (Kalfs 1976:13).

By the late 1790s, following the Treaty of Greenville that opened up Ohio for Euroamerican settlement, land claims were registered on holdings in what would become Pike County (Howe 1902). The first permanent Euroamerican settlement was established near present-day Piketon in 1796 when the three Chenoweth brothers and John Noland settled in the area with their families (Anonymous 1999:689). Some other family names of early settlers included Kenton, Miller, and Merritt.

Settlement of the area was slowed during the tensions of the War of 1812, but soon expanded dramatically following its conclusion. Pike County was established in 1815 out of portions of Ross, Highland, Adams, Scioto, and Jackson counties.

By 1820, Pike County’s population was over 4200 people that came to the area for the rich bottomlands that were suited for agriculture (Anonymous 1999). West of the Scioto River, the county is part of the original Virginia Military District and to the east lies the Congress Lands subdivision (Peacefull 1996; Wilhelm and Noble 1996). Early settlers in the Virginia Military District primarily came from Virginia, West Virginia, and Kentucky; whereas the Congress Lands section was heavily populated by families from Pennsylvania.

Early subsistence pursuits were geared towards corn agriculture, especially in level river bottoms, and raising livestock, such as hogs and cattle, on the sloping hillsides and rolling ridge tops (Jones 1983). In the second quarter of the nineteenth century, construction of the Ohio & Erie Canal increased the export potential of farm goods as it connected central Ohio with national markets (Jones 1983). Later in the nineteenth century, the railroads replaced the canal system, further opening up the region to national markets. Spurred by these developments, Pike County experienced persistent growth throughout the nineteenth century (e.g., Anonymous 1999; Howe 1902; McCormick 1958). 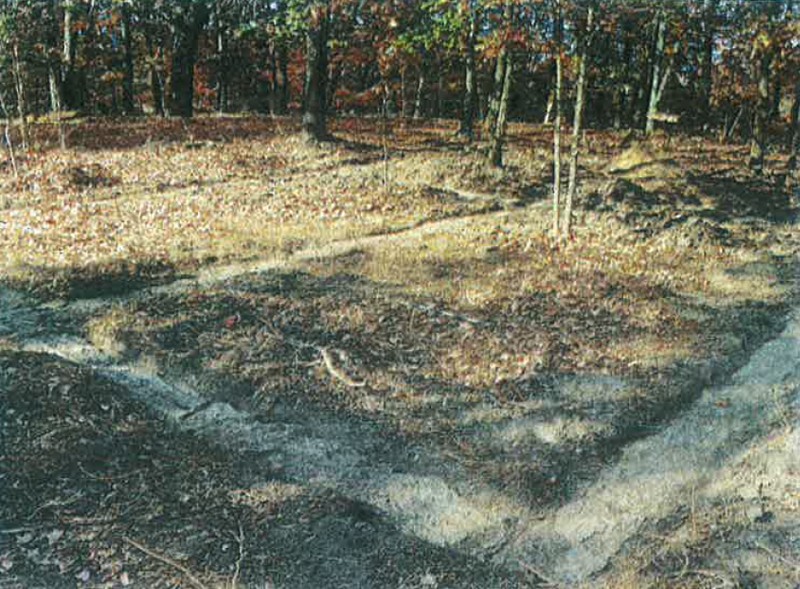 A house foundation and architectural features located during an archaeological evaluation at PORTS.

For much of the period from the county’s inception through the Civil War, transport in the area was not easy. Roads of any type were limited in number and, in general, east-to-west access in the county was difficult. The canal, angling northeast to southeast, and the Scioto River, moving effectively north-to-south, were the primary arteries. Most of these early roads were based on Native American trails including the “Scioto Trail” or “Warrior’s Path,” which later was used to lay out part of US 23 (as cited in Schweikart et al. 1997). Zane’s Trace also reflected one of the early trails-turned-path/road in the early nineteenth century. By 1804, Zane’s Trace was a 20-foot wide road with bridges spanning waterways and wooden corduroy roads in swampy areas (Ohio History Central 2012). Although the socalled Columbus & Portsmouth Turnpike, which eventually became part of US 23, was in place around the late 1830s, it too was a north-to-south route. The 1862 Waverly & Beaver toll road, which, despite its name ran from Waverly to Piketon, was also a north-to-south route.

Poor roads continued to plague the county into the twentieth century as the road system included many that were unpaved. In 1910, Ohio began planning for major road improvements/construction to support the growing popularity of the automobile and produced a road atlas for the state (State of Ohio Highway Department 1910) that showed a county by county assessment of road conditions. In Pike County, major improvements did not occur until later in the twentieth century. For example, improvements to US 23 were not completed until 1939.

Following the Civil War and up until purchase of the PORTS property by the AEC in the 1950s, little is available on the county’s history. Subsistence practices appear to have changed little from the earlier agricultural and livestock methods as population densities remained relatively constant in areas outside of Waverly into the twentieth century. The introduction of new railroad lines, such as the C. & O. Railroad in 1927 and upgrading of the road system (e.g., US 23), continued to provide access to broader markets for area farmers. Construction of the PORTS facility near Piketon in the 1950s presented a substantial economic boom to the area and provided work for many area residents. 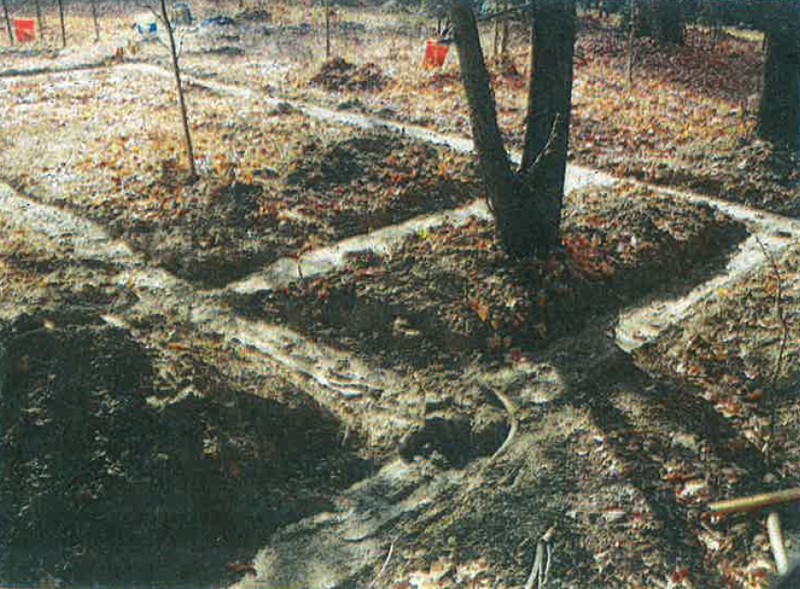 The concrete wall was determined to extend beyond the surface of this house foundation identified during an archeological evaluation at PORTS. 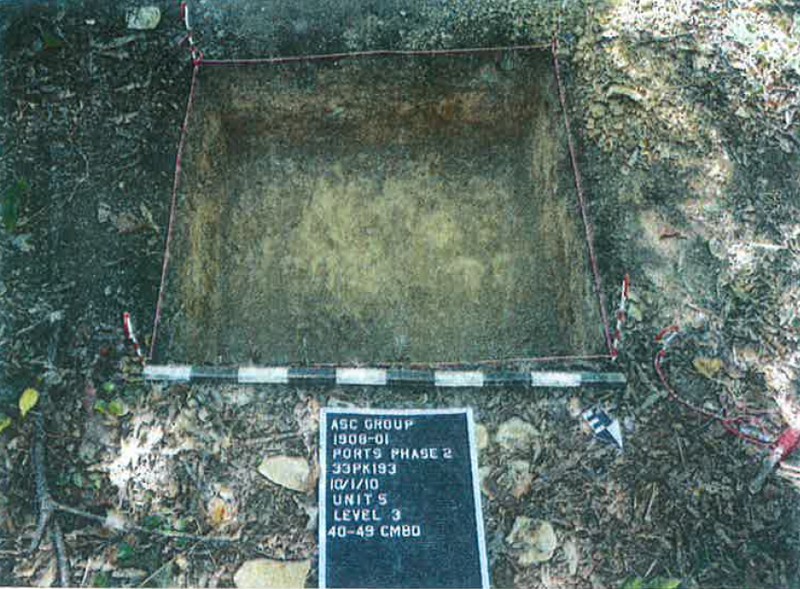 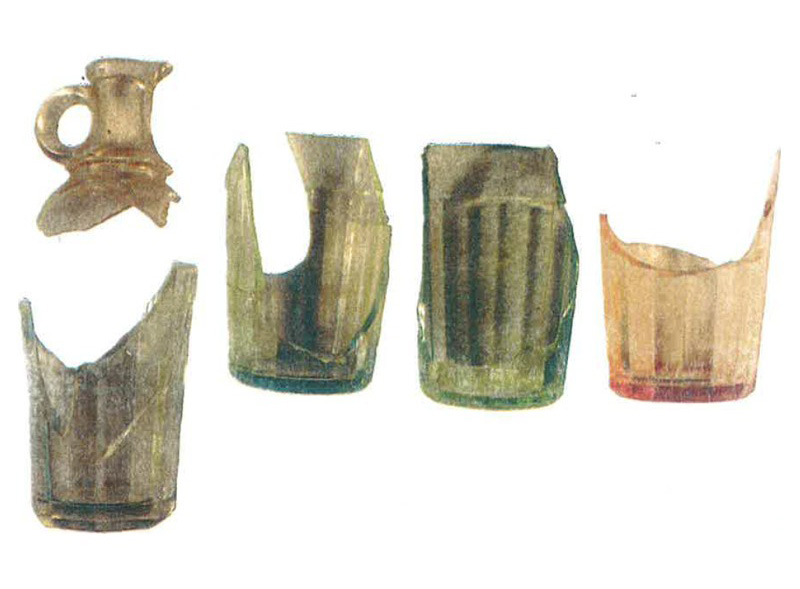 Archaeologists identified fragments of a glass cruet and a sample of drinking glasses from a brick-lined privy. 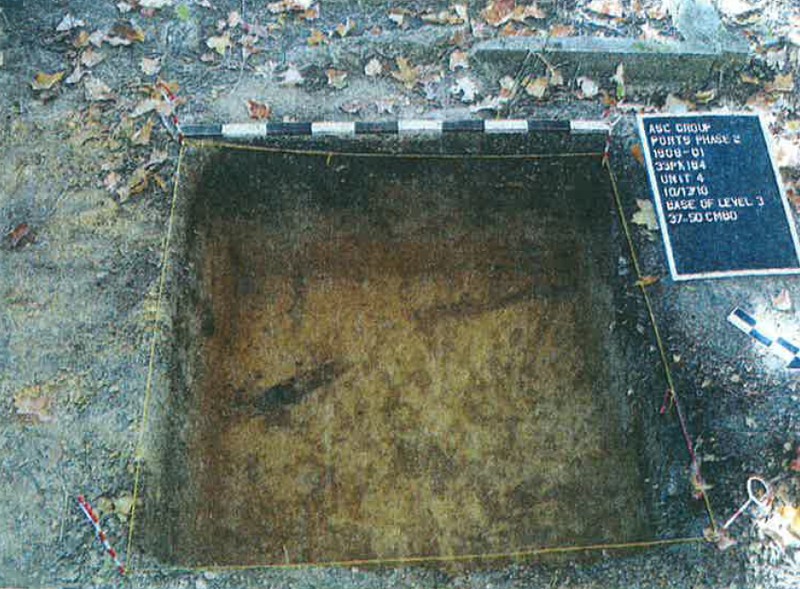 In this photo the excavated area shows the buried occupation surface and was determined to contain a small amount of fire cracked rock. 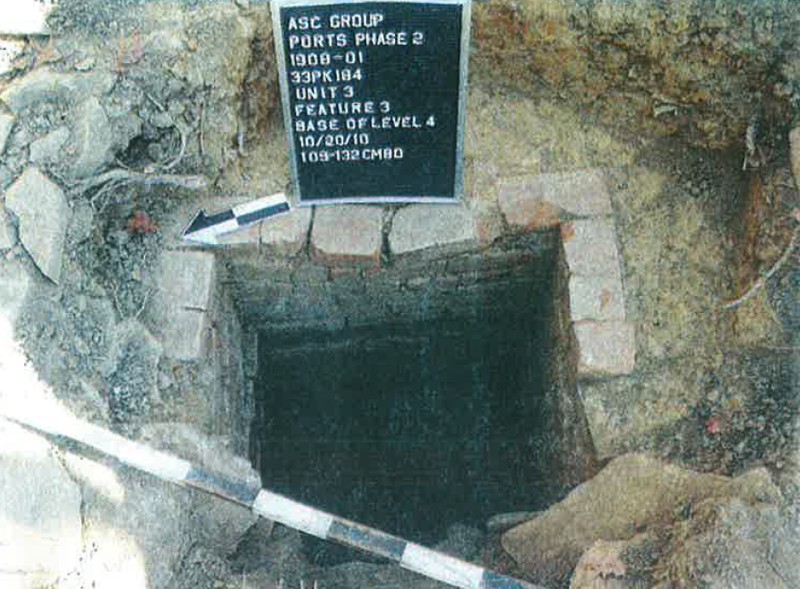 Archaeologists identified a brick-lined shaft designated as a privy. 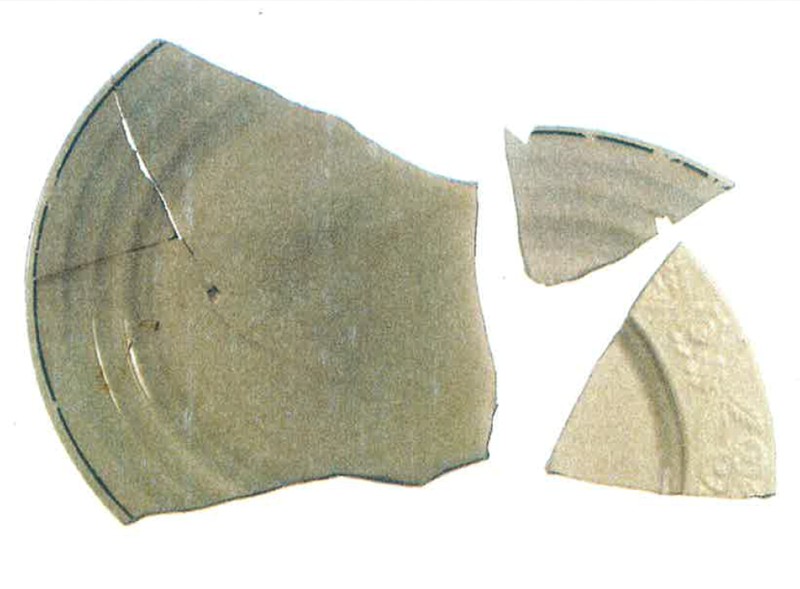 Archaeologists identified fragments of glass plates from a brick-lined privy.